The postion vector of a particle is

A man stqanding on a road has to  hold his umbrella at 30o with the vertical to keep the rain away. He throws the umbrella and starts running at 10 . He finds that raindrops are hitting his head vertically. The actual speed of raindrops is
1. 20
2.
3.
4. 10

A particle is moving with a constant speed v in  a circle. What is the magnitude of average after half rotation
1. 2v
2.
3.
4.

A particle is moving in a circle of radius R in such a way that at any instant the normal and tangential components of its acceleration are equal. If its speed at t = 0 is v0, the time taken to complete the first revolution
1.
2.
3.
4.

A particle of mass m is rotating in a horizontal circle of radius R and is attached to a hanging mass M as shown in the figure. The speed of rotation required by the mass m keep M steady is 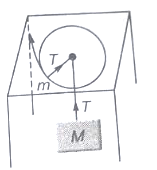 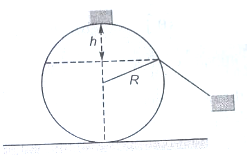 A particle is moving with velocity , where k is a constant. The general equation for its path is
1.
2.
3. xy = constant
4.

A particle of mass m is projected with a velocity v making an angle of 30 with the horizontal. The magnitude of angular momentum of a projectile about the point of projection when the particle is at its maximum height H is
1.
2. zero
3.
4.

Two bodies are projected from the same point with equal speeds in search directions that they both strike the same points on a plane whose inclination is . If  be the angle of projection of the first body with the horizontal the ratio of their times of light is
1.
2.
3.
4.

Three balls are dropped from the top fo a building with equal speed at different angles. When the balls strike ground their velocities are  respectively, then

A particle moves along a parabolic path  in such a way that the x- components of velocity remains constant and has a value . The acceleration of the projectile is
1.
2.
3.
4.

In the figure, the time taken by the projectile to reach from A to B is t. Then the distance AB is equal to 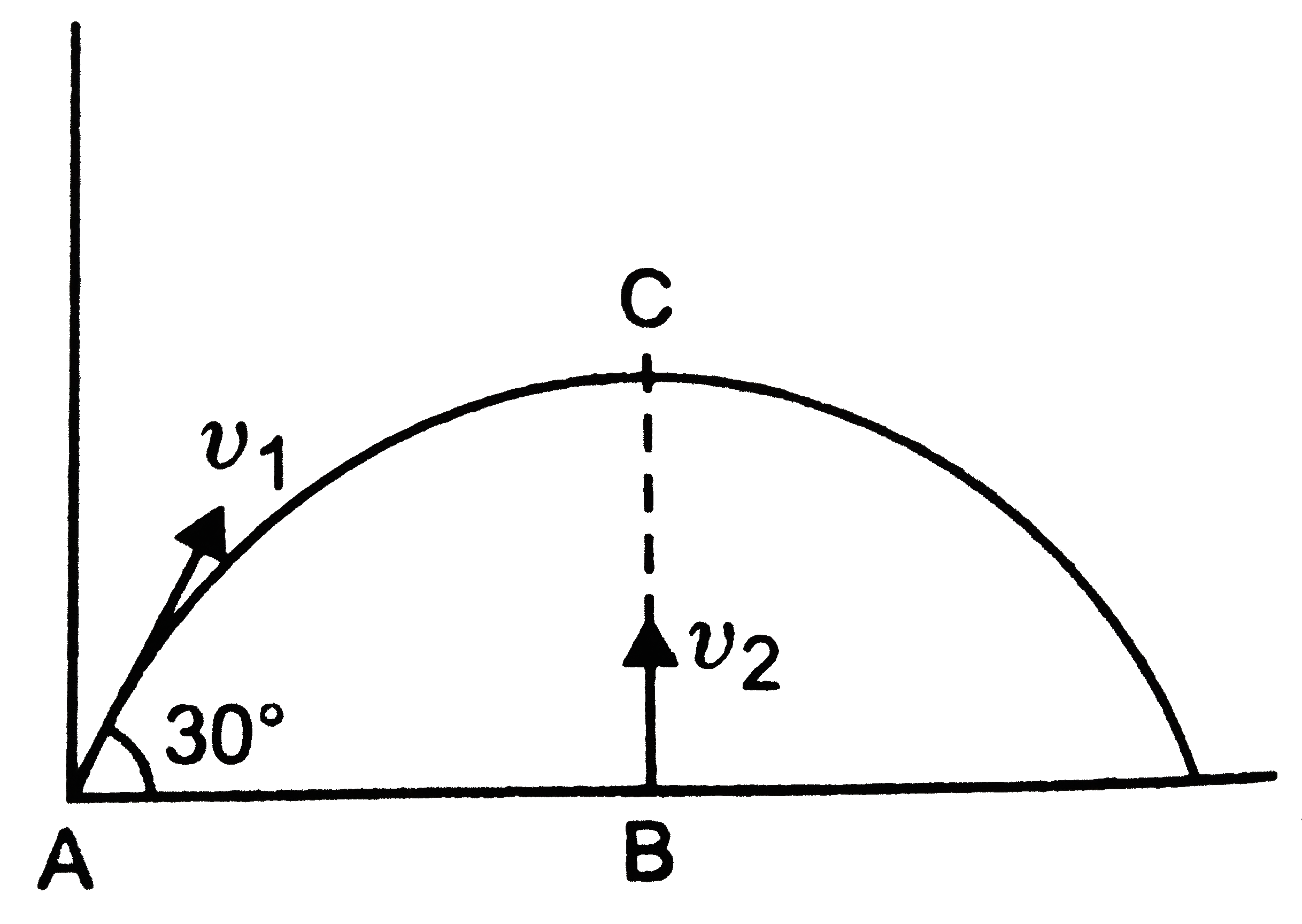 A particle is projected with a certain velocity at an angle  above the horizontal from the foot of an inclined plane of inclination . If the particle strikes the plane normally then  is equal to
1.
2. 45
3. 60
4.

The trajectory of a particle in a vertical plane is , where a and b are constants and x and y are respective horizontal and vertical distances of the projectile from the point of projection. The maximum height attained by the particle and the angle of projection from the horizontal
1.
2.
3.
4.

A particle is projected from the ground with an initial speed of v at an angle  with horizontal. The average velocity of the particle between its point of projection and highest point of trajectory is
1.
2.
3.
4.