Three-point masses 'm' each, are placed at the vertices of an equilateral triangle of side a. Moment of inertia of the system about axis COD is-

One quarter sector is cut from a uniform circular disc of radius R.  This sector has mass M.  It is made to rotate about a line perpendicular to its plane and passing through the centre of the original disc.  Its moment of inertia about the axis of rotation is [IIT-JEE (Screening) 2001] 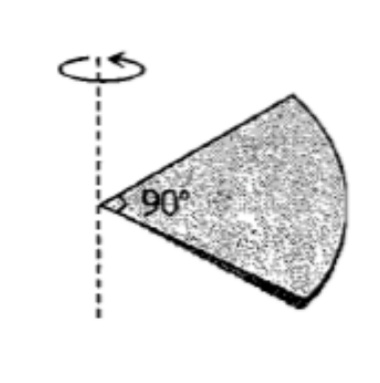 For L = 3.0 m,the total torque about pivot A provided by the forces as shown in the figure is: 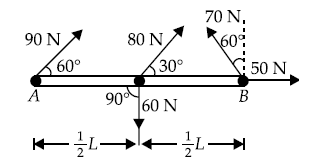 The figure shows a uniform solid block of mass M and edge lengths a, b and c. Its M.O.I. about an axis through one edge and perpendicular (as shown) to the large face of the block is 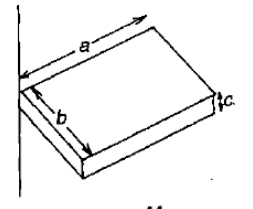 A circular disc of radius r has a uniform thickness.  A circular hole of diameter equal to the radius of the disc has been cut out as shown.  The centre of gravity of the remaining disc lies on the diameter of the disc at a distance x to the left of the centre of the original disc.  The value of x is 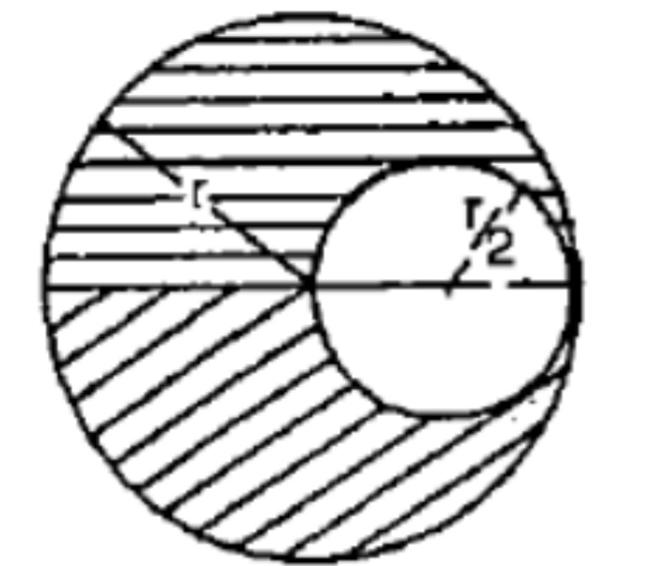 A 'T' shaped object with dimensions shown in the figure, is lying on a smooth floor. A force '' is applied at the point P parallel to AB, such that the object has only the translational motion without rotation. Find the location of P with respect to C

A cylinder of mass 'M' is suspended by two strings wrapped around it as shown. The acceleration 'a' and the tension T when the cylinder falls and the string unwinds itself are, respectively,

A thin uniform circular disc of mass M and radius R is rotating in a horizontal plane about an axis passing through its center and perpendicular to its plane with an angular velocity . Another disc of the same dimensions but of mass is placed gently on the first disc co-axially. The angular velocity of the system will be:
1.
2.
3.
4.

Moment of inertia of a uniform circular disc about a diameter is I. Its moment of inertia about an axis perpendicular to its plane and passing through a point on its rim will be
1.  5 I
2.  3 I
3.  6 I
4.  4 I

A particle of mass m moves in the XY plane with a velocity of V along the straight line AB. If the angular momentum of the particle about the origin O is LA when it is at A and LB when it is at B, then 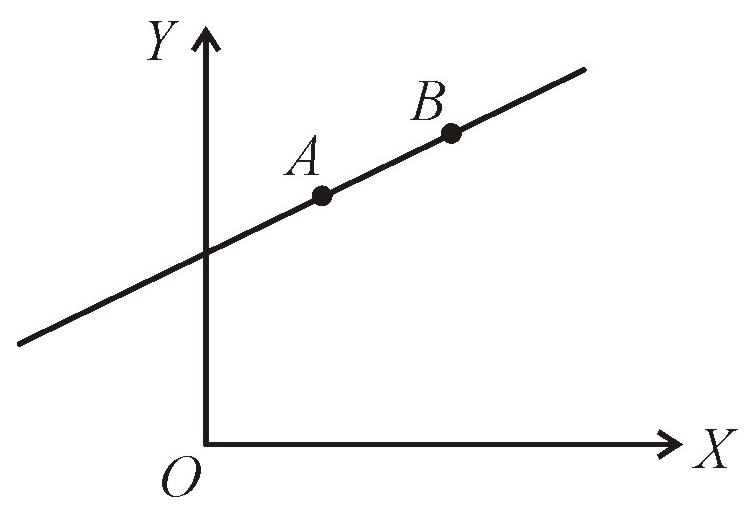 Moment of inertia of a uniform cylinder of mass M, radius R and length l about an axis passing through its center and normal to its axis would be
1.
2.
3.
4.