An iron chain of length L lies on a rough table. The coefficient of friction between the chain and the table is . What maximum fraction of the chain can hang from the edge of the table?

A fire man of mass 60 kg slides down a pole. He is pressing the pole with a force of 600 N. The coefficient of friction between the hands and the pole is 0.5 . With what acceleration will the fire man slide down? (Take g = 10 )

speed v. The coefficient of friction between the block and the belt is . Through what distance will the block slide on the belt?

The minimum acceleration that must be imparted to the cart in the fig. so that

the bowl is r, the maximum height to which the insect can crawl in the box is 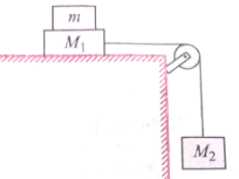 Blocks A and B in the fig. are connected by a bar of negligible weight. If 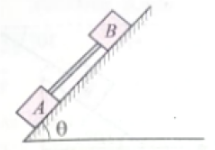 bead of mass m on it. The bead can slide on the wire without friction. It stays at the lowest point of the parabola when the wire is at rest. The wire is now  accelerated parallel to the x-axis with a constant acceleration a. The distance of the new equilibrium position of the bead, where the bead can stay at rest with respect to the wire, from the y-axis is

friction . The block is pulled with a force F at an angle with the horizontal. The minimum value of F is required to move the block is

A body of mass m, rests on a horizontal floor with which it has a coefficient of

static friction . It is desired to make the body move by applying the minimum possible force F. The magnitude of F is

Two blocks A and B each of mass 1 kg are placed on a smooth horizontal surfaces. Two horizontal forces 5 N and 10 N are applied on the block A and B respectively as shown in fig. The block A does not slide on block B. Then the normal reaction acting between the two blocks is

Three block of masses m, M and M’ are arranged as shown in fig. The surfaces are frictionless, pulley and strings are ideal. The mass M’ of the hanging block which will prevent the smaller block (m) from slipping over the wedge will be 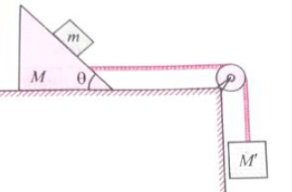 A block of mass m is on an inclined plane of angle . The coefficient of friction between the block and the plane is  and tan > . The block is held stationary by applying a force P parallel to the plane. The direction of force pointing up the plane is taken to be positive. As P is varied from = mg  to = mg , the frictional force f versus P graph will look like 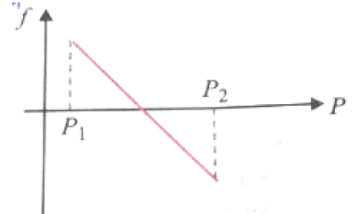 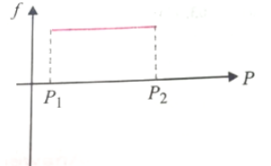 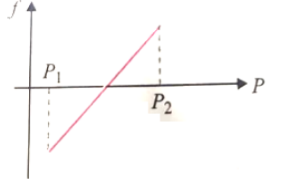 The maximum value of m (in kg) so that the arrangement shown in the fig. is in

equilibrium is given by ( = 0.4 between all surfaces) 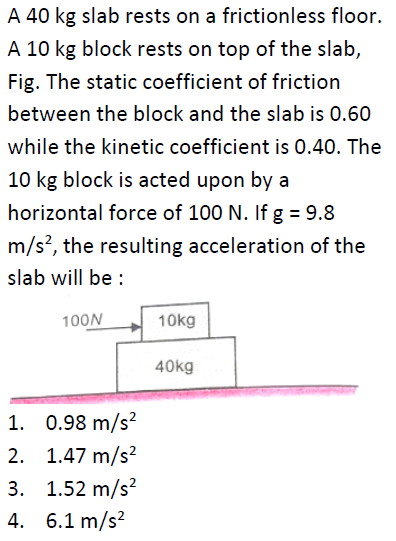 A block of mass m slides in an inclined right angled trough as shown in fig. If

coefficient of kinetic friction between block and material composing the trough is , find the acceleration of the block

Find the accelerations , , of the three blocks C, B, A when a horizontal force of 10 N is applied on C, fig, Masses of A, B, C are 2 kg, 5 kg and 8 kg respectively,  Coefficient of friction between two blocks is 0.2 and horizontal table is smooth.

arrangement, does not move?

wall. The coefficient of friction between the block and the wall is 0.2. The weight

of the block is 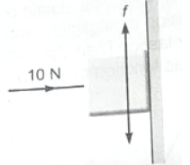