Which of the following is most ecologically relevant factor?
(1) Precipitation
(2) Temperature
(3) Soil
(4) Wind

Below is the diagramatic representation of response of organisms against temperature. Find out the correct match. 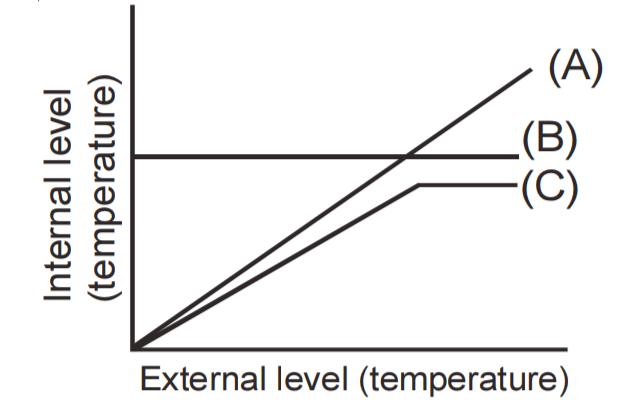 Thick cuticle, sunken and scotoactive stomata, CAM photosynthesis and conversion of leaves into spines are some of the important characters of
(1) Desert plants
(2) Hydrophytes
(3) Xerophytes
(4) More than one option is correct

In nature, a given habitat has enough resources to support a maximum possible number, beyond which no further growth is possible. This characteristic feature of nature is known as
(1) Biotic potential
(2) Carrying capacity
(3) Natural selection
(4) Homeostasis

a. Loss of unnecessary sense organs
b. Pressence of adhesive organs
c. Presence of suckers
d. High reproductive capacity
e. Well developed digestive system
Choose correct option with respect to parasites
(1) All a-e are correct
(2) Only a, b, d & e are correct
(3) Only a, b, c, d are correct
(4) Only d & e are incorrect

Read the following statements with respect to features of biomes and select the correct option for tropical rain forests
a. Buttress roots
b. Vines, lianas and epiphytes are abundant
c. Highly leached soils
d. Soil has high base content
e. 30-40 m tall canopy structure with 2-3 strata only
(1) a, b & e
(2) b, c & d
(3) a, b & c
(4) c, d & e

Select the correct statement with respect to adaptations
(1) Desert lizards bask in the sun and absorb heat when their body temperature drops below comfort zone
(2) To stop experiencing altitude sickness, the body compensates low oxygen availability by increasing binding affinity of haemoglobin
(3) Mammals of colder climate generally have larger ears and limbs to minimise heat loss
(4) Many desert plants have thin cuticle on their leaf surface and have their stomata arranged on upper surface to minimise water loss

When does the growth rate of a population following the logistic model equal zero? The logistic model is given as dN/dt = rN(1-N/K)
(1) When death rate is greater than birth rate
(2) When N/K is exactly one
(3) When N nears the carrying capacity of the habitat
(4) When N/K equals zero

In which of the following interactions both partners are adversely affected?
(1) Mutualism
(2) Competition
(3) Predation
(4) Parasitism

The following graph depicts changes in two populations (A and B) of herbivores in a grassy field. A possible reason for these changes is that 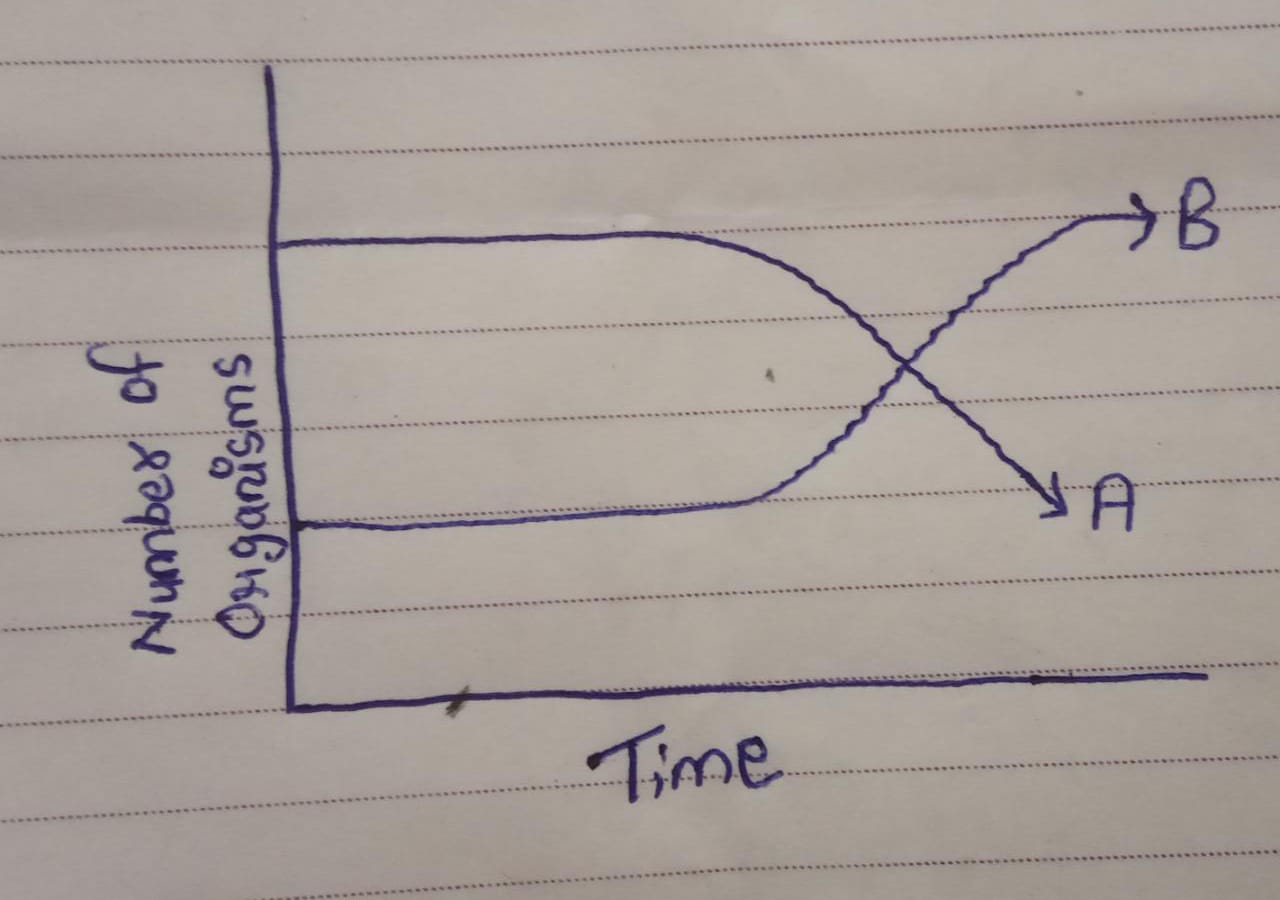 A sedentary sea anemone gets attached to the shell lining of hermit crab. The association is
(1) Symbiosis
(2) Commensalism
(3) Amensalism
(4) Ectoparasitism