A number when divided by 53 gives 34 as quotient and 21 as remainder. Find the number.

In Euclid's division lema a=bq+r, where O. What is a?

The product of two consecutive positive integers is divisible by 2. Is this statement true or false? Give reason

Write whether every positive integer can be of the form 4q+2, where q is an integer. Justify your answer.

Show that the square of an odd positive integer is of the form 8m+1, where m is some whole number.

Three pieces of timber 42 m, 49 m and 56 m long have to be divided into planks of the same length. What is the greatest possible length of each plank?

Write the missing numbers is the following factorisation.
1. 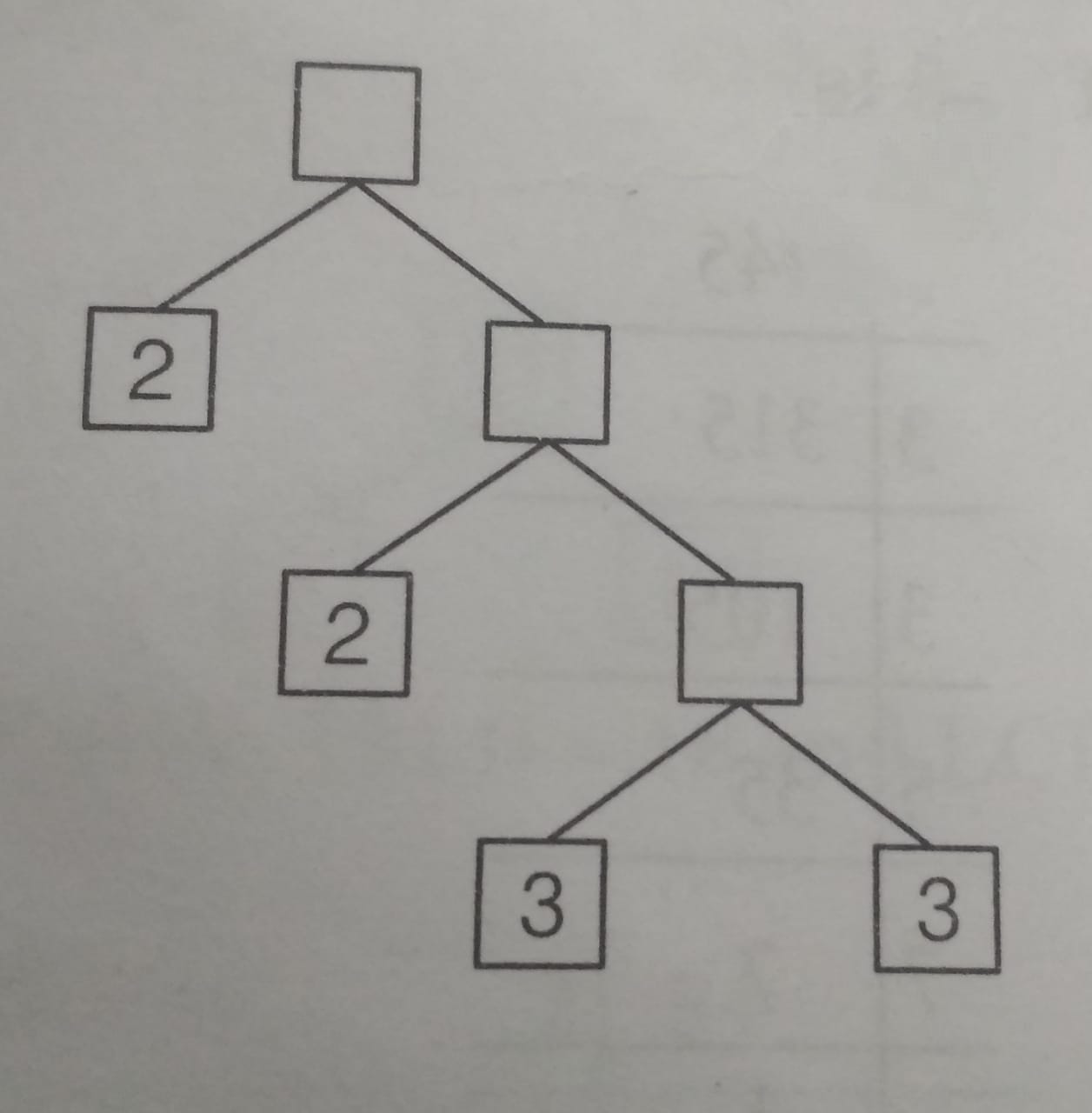 See the following factor tree for factorisation of 156. Find the value of a. 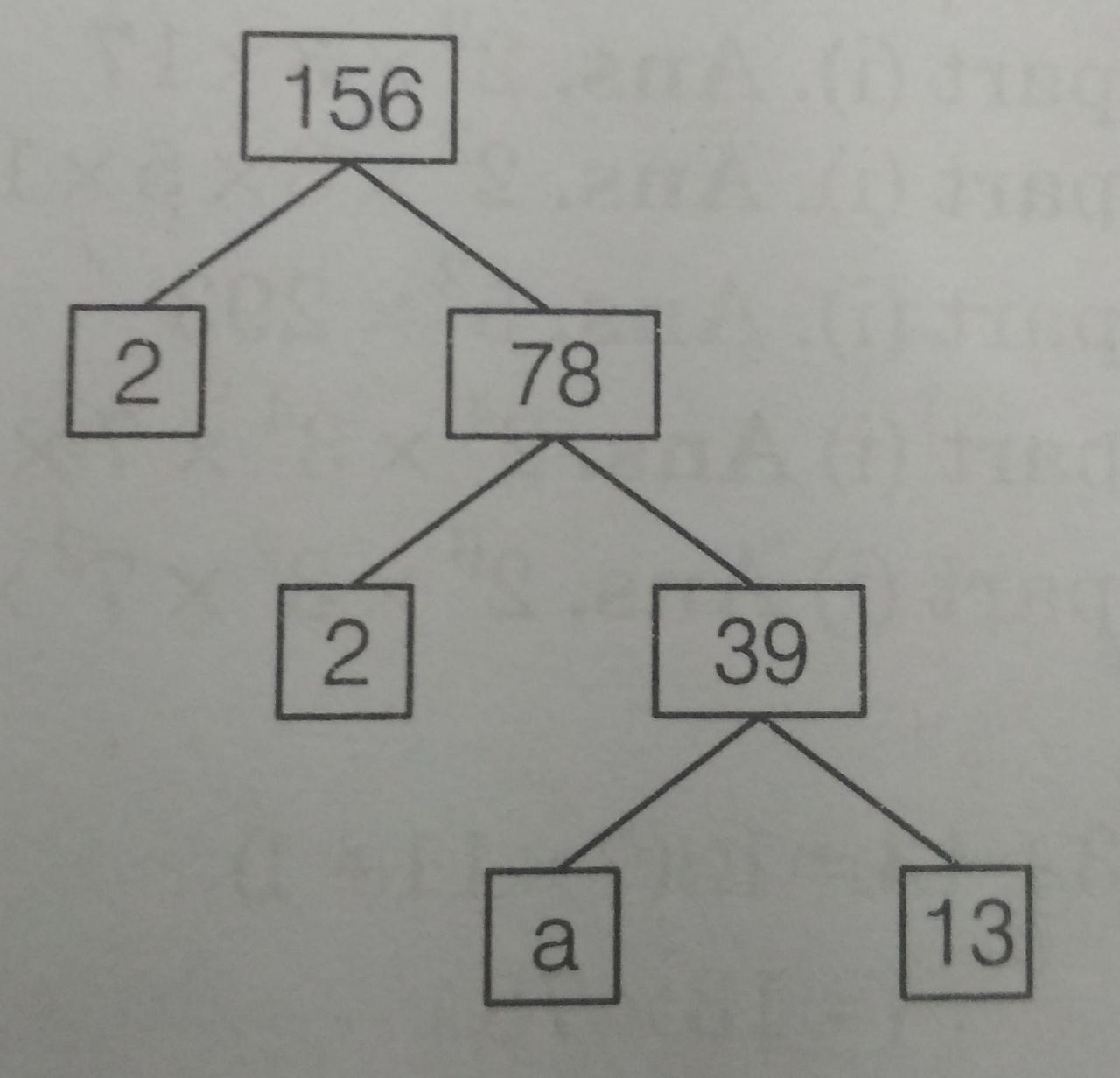 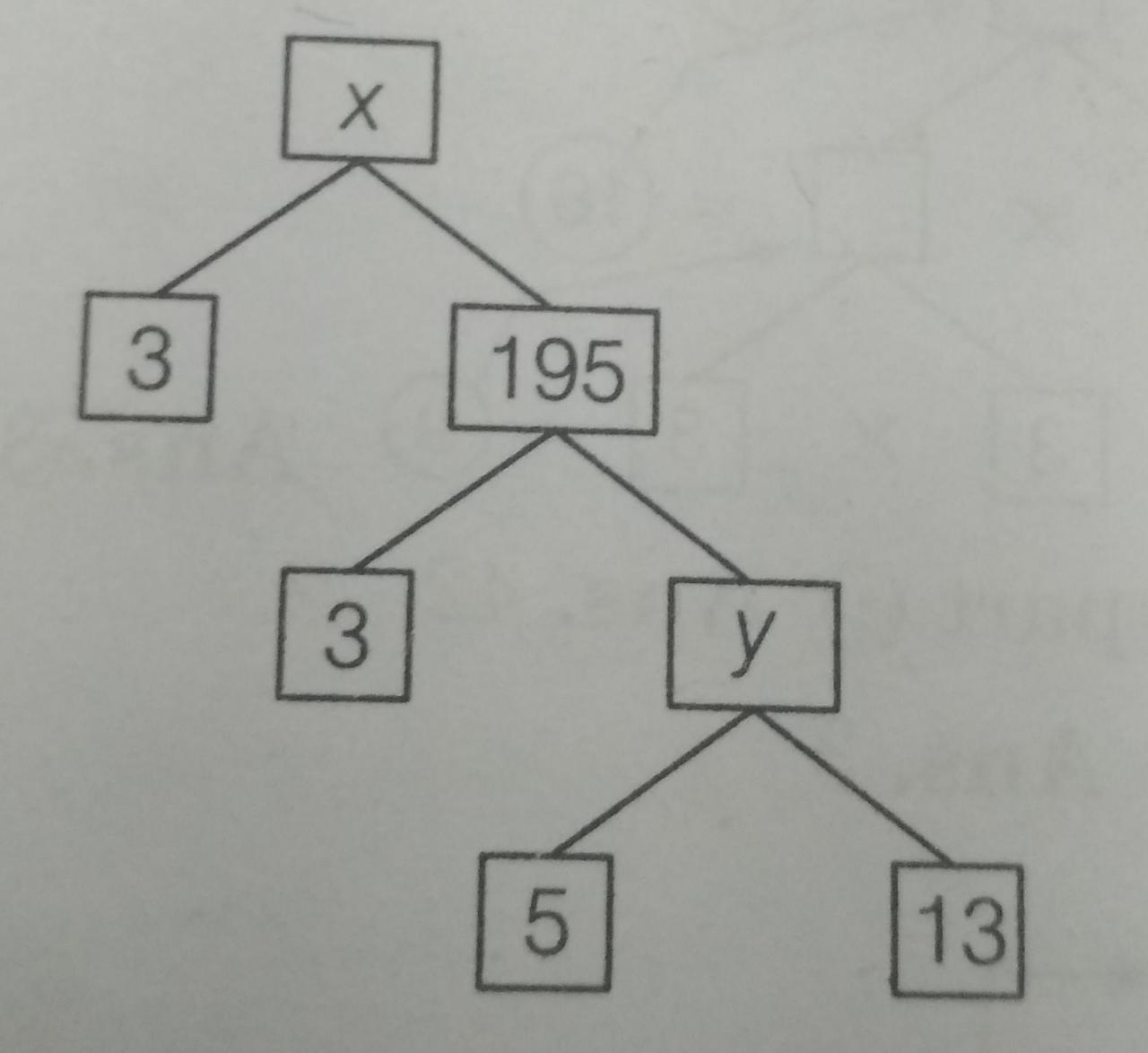 Can the number , n being a natural number, end with the digit 0? Give reason.

If two positive integers a and b are written as
and ; where. x and y are prime numbers, find the HCF of a and b.

If two positive integers p and q can be expressed as p= and q=; where a, b being prime numbers, find the LCM (p, q).

Find the HCF of 96 and 404 by the prime factorisation method.

Find the greatest possible length which can be used to measure exactly the length 7m, 3m 85 cm and 12 m 95 cm.

Find the least number that is divisible by all the numbers from 1 to 10  (both inclusive).

If  is a rational number, find the decimal expansion of it, which terminate.

Express the number  in the form of rational number a/b.

The decimal expansion of the rational number  will terminate after how many places of decimal?

Write the denominator of the rational number 257/500 in the form , where m and n are non-negative integers. Hence write its decimal expansion without actual division.

If , then find the values of m and n, where m and n are non-negative integers. Hence, write its decimal expansion without actual division.

Express  as a decimal without actual division.

An army contingent of 616 members is to march behind an army band of 32 members in a parade. The two groups are to march in the same number of coloumns in which they can march?

Use Euclid's division lemma to show that the square of any positive integer is either of the form 3m or 3m+1, for some integer m.

Check whether  can end with the digit 0 for any natural number n.

There is a circular path around a sports field. Sonia takes 18 min to drive one round of the field , while Ravi takes 12 min for the same. Suppose they both start at the same point and at the same time and go in the same direction. After how many minutes will they meet again at the starting point?

Prove that  is an irrational number.

Prove that  is irrational.

Prove that the following are irrational
1.
2.

The product of three consecutive positive integers is divisible by6. Is this statement true or false? Justify your answer.

Find the largest number which divides 70 and 125 leaving remainder 5 and 8 respectively.

Express  recurring decimals as fraction in their lowest term.

In Euclid's division lemma, the value of r, when a positive integer a is divided by 3, are 0 and 1only. Is the statement true or false? Justify your answer.

On GT road, three consecutive traffic lights change after 36, 42 and 72 s. If the lights are first switched on at 9:00 am, then at what time will they change simultaneously?

Can the number , where n being a natural number, ends with digit 5? Give reason.

A rational number in its decimal expansion is 327.7081. What can you say about the prime factors of q, when this number is expressed in the  form ? Give reason.

If n is an odd integer, then show that  is divisible by 8.

Without actually performing the long division, find if  will have terminating or non-terminating (repeating) decimal expansion. Give reason for your answer.

A forester wants to plant 66 mango trees, 88 orange trees and 110 apple trees in equal rows (in terms of number of trees). Also, he wants to make distinct rows of trees (i.e. only one type of trees in one row). Find the number of minimum rows.

Write whether the square of any positive integer can be of the form 3m+2, where m is a natural number. Justify your answer.

Express  in the form .

Find the greatest number which on dividing 1657 and 2037 leaves remainders 6 and 5 respectively.

State whether  is a rational number or not.

If q is prime than prove that  is an irrational number.